I'm writing this on the train home from Dorset, turns out South West trains don't have plugs by the seats and with the battery on my laptop fading this could well be brief.

I wanted to write a post with some basic tips on using a peel, you know, the flat metal plates on a stick for transferring pizzas in and out of the oven. We've had ours for a while and it's really useful, but it's fair to say our first attempts to use it were pretty disastrous. There was more than one occasion where a pizza quickly became an unintentional calzone as it stuck and flopped onto the stone. Still tasted fine mind you.

We persisted though and over time realised where we were going wrong. The aim here is to note down what we wish we'd known when we started out. I don't have any pictures so this will be illustrated via the medium of my scribbles on South West train napkins or similar - no expense spared here… [edit: in the end I found a notebook but I'm afraid you're still stuck with my doodles]

First things first, the best tip I can give is to use plenty of flour or semolina to stop things sticking in the first place, sounds simple but I still forget from time to time. Polenta or semolina also adds a contrasting texture where it sticks to the dough.

Secondly, you need to be quick. If you're going to faff, you've got friends over who're all making their own pizzas and taking their time then it's probably easiest to use sheets of tin foil, dust each one generously and then you can take a along as you like.

If you're doing things properly though here are my tips: 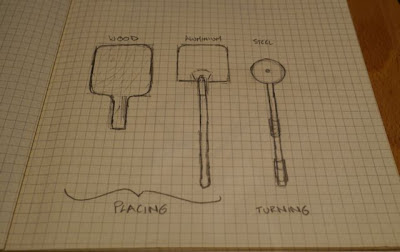 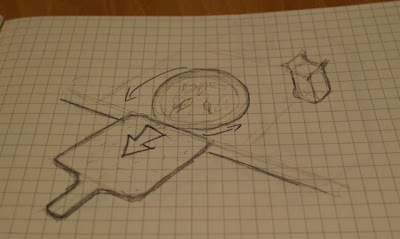 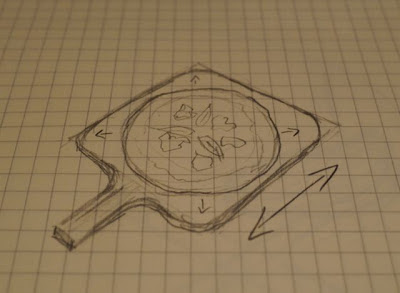 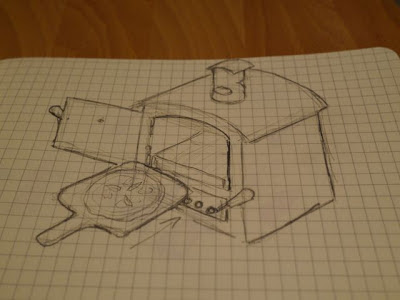 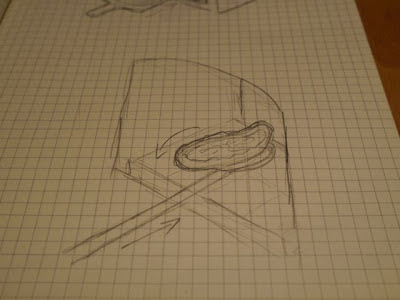 Troubleshooting a sticky peel
If for whatever reason the dough does stick, don't panic. Your best bet is to slowly pry the dough away with a spatula or similar and each time you manage to release a section throw some flour or polenta underneath.

Email ThisBlogThis!Share to TwitterShare to FacebookShare to Pinterest
Labels: Peels