Flagstaff is a long way from the UK, I appreciate that now, it’s also much higher and hence colder than I’d envisaged, so much for shorts and t-shirt desert weather. Yet it’s a great destination, if like me you arrive on public transport and remain close to the historic old town, it’s a quaint American town, so quaint it’s possible to avoid strip malls and the golden arches of McDonalds entirely. Ahh, bliss. It’s also dark, very dark, if you happen to arrive late at night, on a new moon, having travelled for 24hours straight I’d recommend a torch, it’s the world’s first International Dark Sky City - amazing for star gazing, less good for finding your motel.

Day one was a struggle, 3 batches of dough, gelato, prep, full service on little sleep. That night I slept like a log. As the week progressed I settled into the groove, fuelled by coffee from one of the town’s many roasteries and the banter from my new colleagues. They couldn’t have been more welcoming. Caleb threw open the doors to the whole operation and answered all my questions without hesitation. In return I did my best not to get in the way and helped out where I could. My accent provided the amusement, and it appears the American equivalent of sending the new guy out for a ‘long stand’ is to request one egg to be collected at a time from the store room, either that or was just unlucky with the orders. The highlight of each day was being let loose on the oven, a beaut of a Stefano Ferrara, and my skills progressed as I got used to the high hydration, 3 day ferment dough which they’re famous for, delicious and delicate in equal measures.

I helped with the bakes, something I’d been really excited about seeing beforehand and I wasn’t disappointed. They’re a pizzeria first and a bakery second but I don’t think there’s a bakery out there which wouldn’t be proud of the results. It’s no fluke, this is a real labour of love and Scott and Caleb were both in on their day off to run a test bake always looking to hone their skills. In fact that’s probably what struck me most, the whole team cares. Really cares. This was genuine, and they all mucked in to ensure the best experience for anyone who stops by.

The best testament to what Pizzicletta stands for was probably not the pizza, it was the team, the Pizzicletta family. 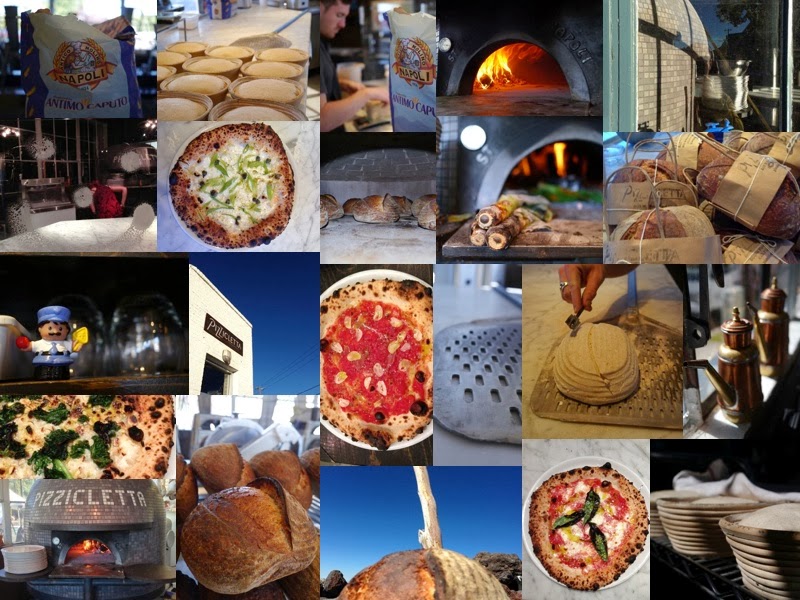