Top That: Charred Leeks with Capers and Brown Butter

It'd been a while since we'd fired up Bertha, turns out getting married takes up quite a bit of your time. A sunny Bank Holiday Monday formed the perfect excuse though and a great opportunity to try some new toppings. First up a take on a restaurant dish I'd seen on Raymond Blanc's: How to Cook Well, BBQ & Grill program; leeks were thrown directly onto the coals, the idea being was that the core steamed in the charred and soon to be discarded outer leaves and what's left is juicy and tender with a subtle hint of smoke - worth a try at least. 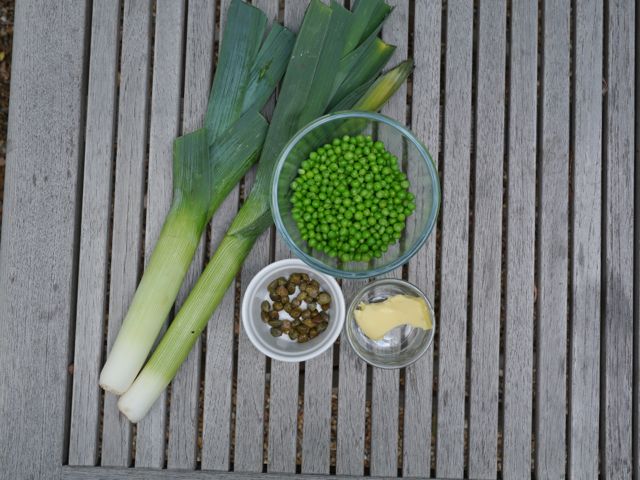 Ingredients
Our favourite sourdough base
Leeks
Peas, I used frozen so defrosted in a bit of boiling water
Capers
Butter (soon to be browned) 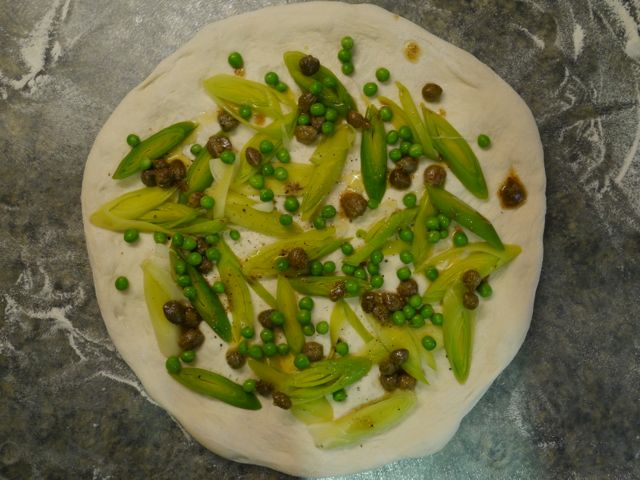 Extra prep?
Heat the butter in a small pan taking off the heat when it reaches a hazelnut brown colour, stir in the capers and set aside
Throw the leeks straight on the fire, I did this while Bertha was warming up. The outers will blacken completely but you're not eating this bit. Rotate after a couple of minutes and remove when the stem is soft to pinch. Allow to cool and once they're at a temperature to handle grab a few outer leaves from the top and pull down. Discard the blackened outer, slice and set aside the centre. 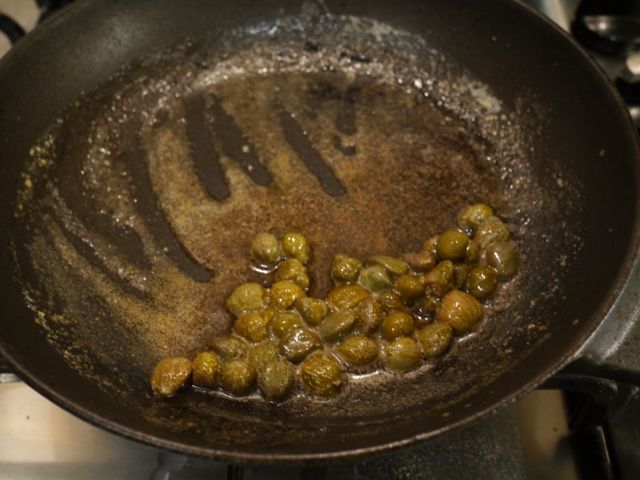 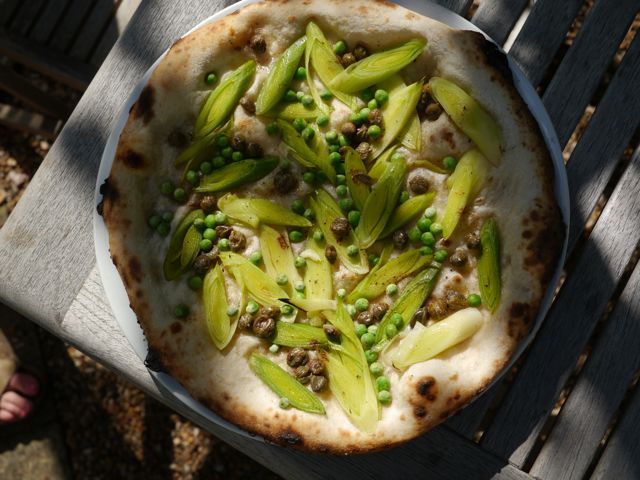 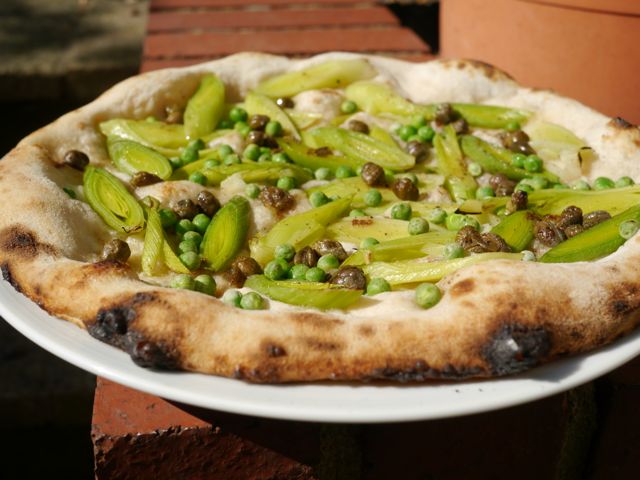 What I'd do differently
For the last slice, we added some lemon zest which really lifted the flavour so we'll be doing that from the start next time.
The leeks were a real success and I'll definitely use this technique again. The same leeks on a béchamel base with ham or chicken would make a great combination.

Email ThisBlogThis!Share to TwitterShare to FacebookShare to Pinterest
Labels: Leeks, Top That